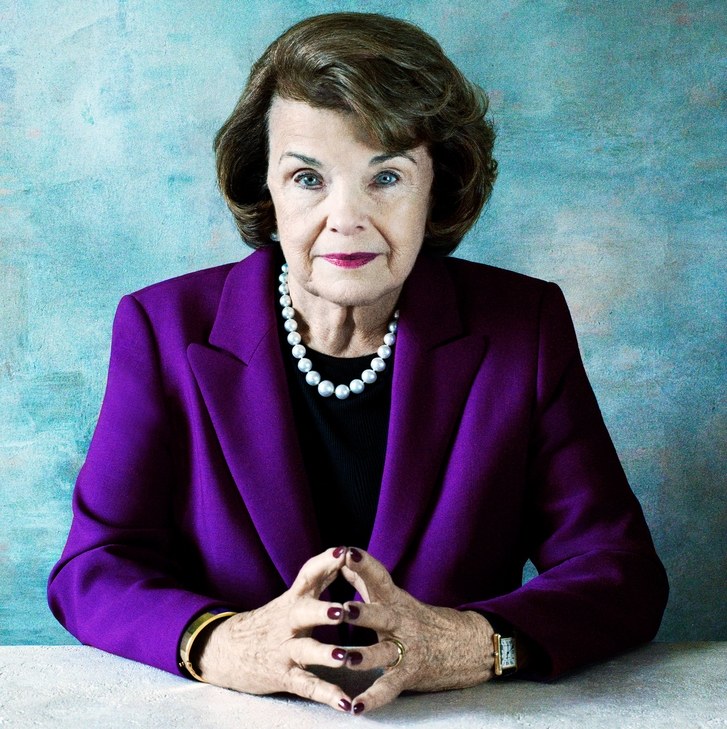 The mere mention of this gnarled-handed, nasty old hag’s name is enough to generate an immediate gag reflex in the mind of most freedom-loving Americans, and especially gun owners.

Feinstein hates gun owners like you and me, and, even though she’s 88 years old, is still leading the charge for the radical left’s gun control agenda in Washington, D.C.

Dianne Feinstein has just filed a NASTY ‘Red Flag Gun Seizure’ bill in the Senate — S. 1819 — and she already has 20 members of the Senate added onto the bill as cosponsors!

S. 1819 is insidious. Rather than try to pass a national ‘Red Flag’ law, Feinstein’s bill would bribe state legislature’s into passing red flags at the state level with hundreds of millions of taxpayer dollars.

That means that instead of having to defeat just one bill in Congress, gun owners would need to defeat dozens of bills in state legislatures all over the country.

Worse, Nancy Pelosi has introduced a companion bill in the House (H.R. 3480) that already has a staggering 92 cosponsors and has been assigned to the House Judiciary Committee!

Biden’s handlers want to ban our AR-15’s along with hundreds of other semi-automatic rifles and shotguns. And they are desperately trying to pass a national registry of every gun owner in the country through H.R. 8.

But gun owners are fighting like hell to stop that, and Biden is having trouble getting the 60 votes he needs to pass either of those bills — which is why he’s turning to ‘Red Flags.’

You see, Mitt Romney, Marco Rubio, Rick Scott, Rob Portman, Pat Toomey, and John Thune are just some of the backstabbing moderates that are calling for ‘Red Flag’ laws, putting Biden just a few votes away from being able to pass this bill!

I would like to think that Mike Crapo and James would stand strong and oppose S. 1819 no matter what, but we all know better. They need constant pressure from gun owners reminding them of the political consequences for going against our freedom to protect ourselves.

And with Congressman Mike Simpson voting for ‘Red Flag’ laws in the National Defense Authorization Act just two weeks ago, gun owners need to hammer on our congressional delegation in D.C. RIGHT NOW!

If Feinstein is successful, millions of gun owners all over the country are going to be disarmed thanks to these laws.

Virtually anyone can file a ‘Red Flag’ complaint against you. Your ex-spouse, a nephew you haven’t seen in 25 years, a ‘woke’ prosecutor, or cop who simply hates gun owners — any one of them can try to ruin your life with these seizure orders.

And we all know that it’s pointless to count on a judge to deny these seizure orders ‘just because’ you haven’t been convicted of a crime. With only a few exceptions, the judiciary in this country is fast becoming an overt enemy of the people, and they will gladly rubber stamp the order to confiscate your guns.

And with the built-in renewal process that these orders usually contain, gun owners who get hit with these seizure orders will often receive what amounts to a lifetime ban on owning firearms!

We must stop this legislation right now, before Joe Biden and Dianne Feinstein can get enough support from the Republicans to pass it into law!

So sign your OFFICIAL PETITION opposing this garbage right away!

Remember, these bills have nothing to do with stopping violent crime for Dianne Feinstein and her allies in Washington, D.C. This is about one thing: using every tool at their disposal to disarm as many gun owners as they possibly can.

Never forget, this IS NOT a debate about public policy and the Second Amendment. Dianne Feinstein and her ilk hate America and they want to turn us into a socialism haven where only the government has guns.

But before they can do that, they first need to disarm over 100 million gun owners who are standing in their way. THAT’S what legislation like S. 1819 and H.R. 3480 are all about!

That’s what we are fighting against. So once you sign your petition, PLEASE make a donation so we can stop these bills and save our country!

Standing together, gun owners have done a good job at stopping Joe Biden’s war against the Second Amendment for the last year.

But Feinstein’s ‘Red Flag’ laws are a very dangerous threat. We can’t let up for a moment, and we can’t trust that the Republicans will do the right thing, either.

We need to keep the heat WHITE HOT!

P.S. Dianne Feinstein and Congressman Salud Carbajal have just filed the mother-of-all ‘Red Flag Gun Seizure’ bills in Congress. S. 1819 and H.R. 3480 have well over 100 supporters already and have been assigned to committee!

As you know, these bills are designed to disarm gun owners through secret court proceedings and before you have been charged or convicted of anything in court.

What makes these two bills especially dangerous is the fact that a growing number of Republicans are already supporting the bill! Mike Crapo and James Risch (as well as your Congressman) need to hear from you immediately!

And when you’re done, please make a donation to help us keep the pressure up on Idaho’s Congressional delegation. We can’t do this without your help!

>>> MAKE A DONATION TO HELP US FIGHT BACK AGAINST RED FLAGS HERE! <<<