You remember what they used to say about it?

Do you remember the dire predictions?

We fought for 4 years to pass Constitutional Carry in Idaho and despite the naysayers from the anti-gun left, it passed and went into effect just 1 year ago!

It’s time to celebrate and help us move forward — more on that in a minute.

For 4 years we had to listen to Bloomberg, Moms Demand Action, and other anti-gun zealots predict catastrophe if we passed Constitutional Carry.

“There will be blood in the streets.”

Those lies and many others were predicted.

It has now been one year since Constitutional Carry went into effect and have you seen any of their predictions come true?

And it wasn’t hard to guess that they would be wrong.

You see, Idaho was the 9th Constitutional Carry state and that means that we had 8 other states to look at to see what would change when the law went into effect.

In fact, the State of Vermont has never had a permit system.

In over 200 years what has been the result in Vermont?

They are one of the safest states in the country!

What about other states with Constitutional Carry?

Just recently the F.B.I. released a report that showed crimes with handguns has decreased significantly when Constitutional Carry went into effect in States like Arizona, Alaska, and Wyoming!

Has there been an increase in crime? No.

Has there been an increase in negligent discharges? No.

Has there been shoot outs in Walmart parking lots? No.

Idaho is just one more state that Bloomberg predicted chaos in the streets and he has been proven wrong once again!

We believe it is time for Bloomberg and Moms Demand Action to “eat some crow” and admit they are losing this battle! 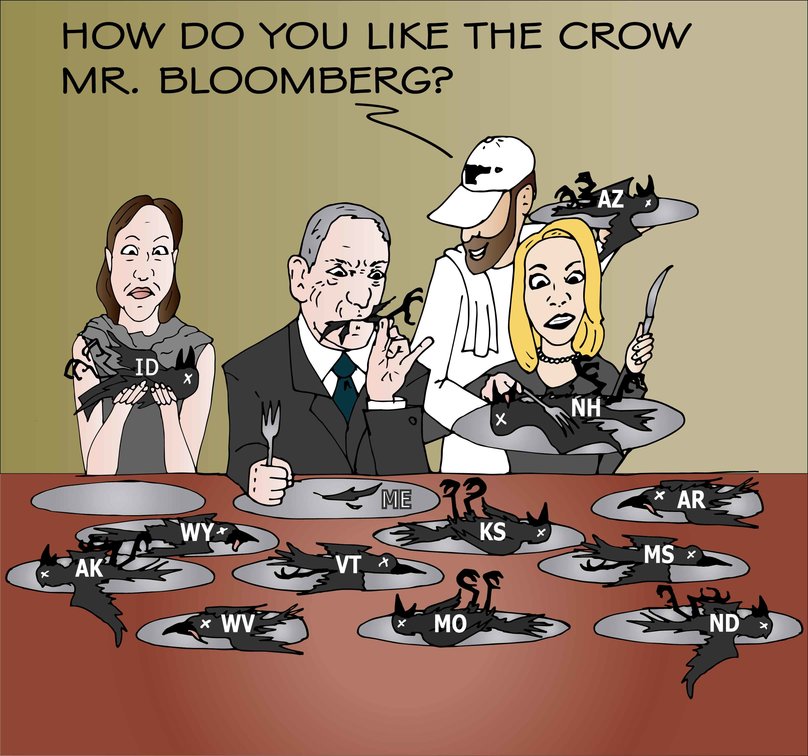 This is a great day for Idaho and a great victory for gun rights.

But we aren’t done yet! We have work to do.

Idaho’s self-defense laws are in need of a serious upgrade and it is up to the gun owners in Idaho to do all we can to ensure that we protect gun owners not only from criminals but any anti-gun prosecutor looking a gun owner to make an example out of.

But for now, take a day to celebrate one of the greatest gun rights victories Idaho has ever seen.

>>> Finally, give yourself a pat on the back for being a     part of this great movement.

We appreciate all the support over the last 5 years that have made the ISAA the largest grassroots group in the State of Idaho!

P.S. It has now been one full year since Constitutional Carry went into effect in Idaho.

Despite Bloomberg and his anti-gun front groups predicting chaos and blood in the streets of Idaho, nothing has changed.

None of their anti-gun predictions came true.

To celebrate this one year anniversary, we had this fun drawing done for Idahoans and others who have had similar battles with Bloomberg.

It’s time for him to “eat a little crow” and admit his defeat!

Finally, please consider donating $9 to the ISAA to celebrate our victory as the 9th state to pass Constitutional Carry by donating here today!